Jack began surveying in 1993. He then went to the University of New Hampshire where he received an Associate’s Degree in Surveying & Mapping in 1995. Jack started at Doucet Survey in 2001 and obtained his New Hampshire Surveyor’s License in December of 2005. His current duties include project cost estimating, records research, boundary analysis, computations and client correspondence.

Of the many varieties of surveys he works on, Jack deals primarily with roadway surveys and construction layout. Some of the more notable construction survey sites Jack has managed include; Lonza Biologics in Portsmouth, NH, Velcro USA in Somersworth, NH, Home Depot in Portsmouth, NH, Portsmouth Water Treatment Facility in Madbury, NH and The Ridge Shopping Plaza in Rochester, NH. Roadway surveys include over 10 miles of new residential subdivision roads, and over 60 miles of topographic surveys of local and state roads.

In his free time during the colder months Jack enjoys watching sports and ice fishing. He more so enjoys waiting for the ice to melt so he can spend time on his pontoon boat and open water fish near his home on Merrymeeting Lake. 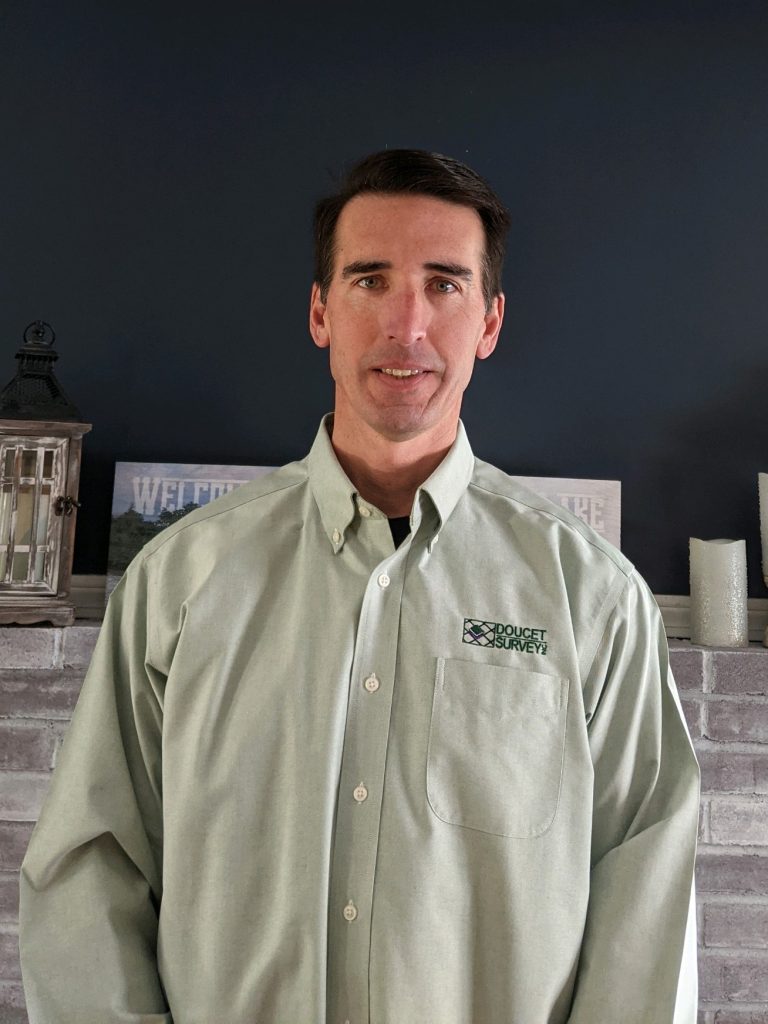